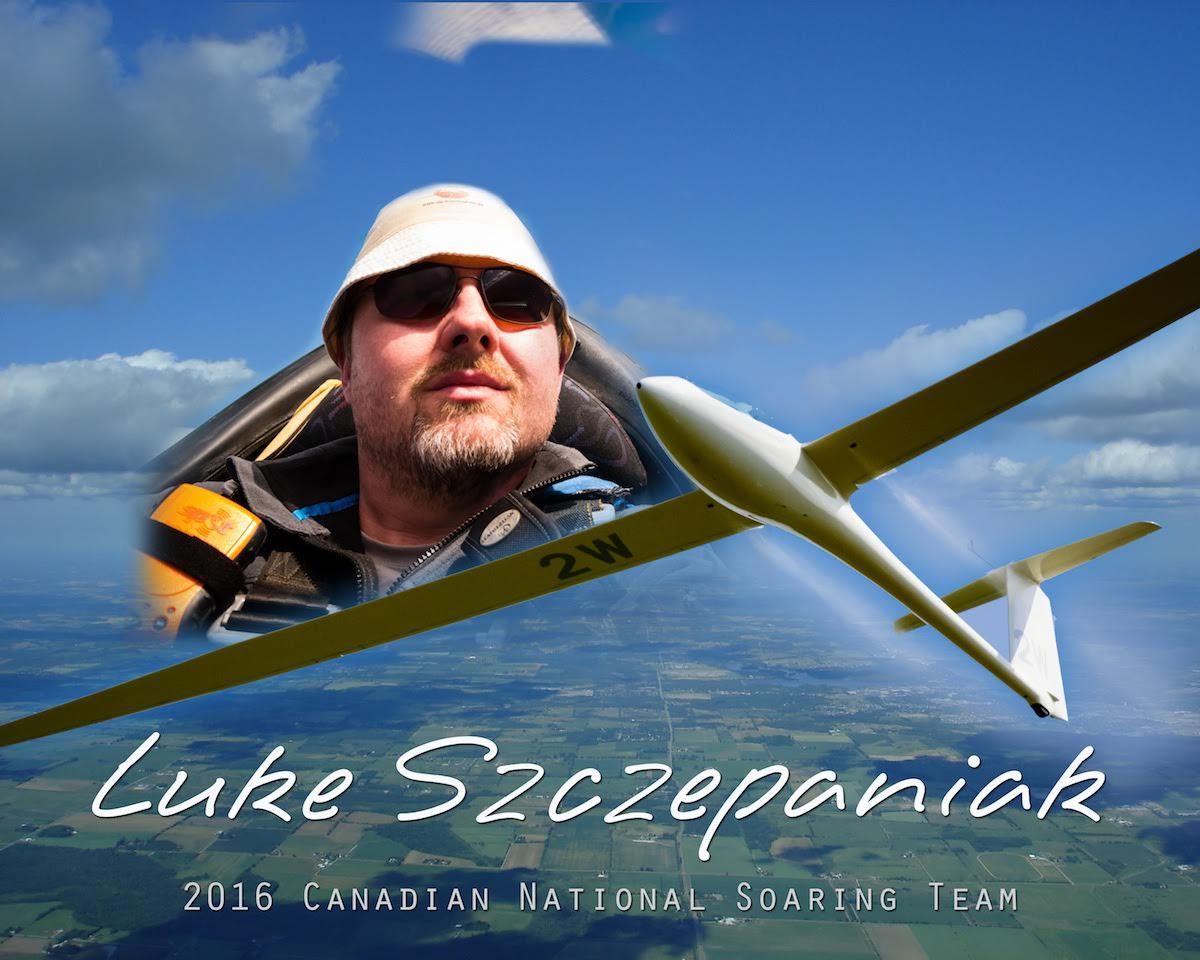 Luke Szczepaniak learned to fly gliders in 1997 at the Central Region Gliding School with the Royal Canadian Air Cadets. He has been flying gliders competitively since 2008 in Canada and the USA. He holds a FAI Gold Badge with 2 Diamonds and a 1000km FAI Diploma.

After graduating from college in 2000 Luke worked as a Computer Technician and Network Administrator. In 2005 he started his current position as IT Systems Administrator with Oticon Canada in Kitchener, Ontario.

Luke is a member of SOSA Gliding Club where he is a volunteer flight instructor and has served on the Board of Directors in the past. Since returning to gliding in 2005 he has accumulated 1,400 hours and 75,000 cross-country kilometers. Apart from flying sailplanes, Luke is an avid mountain biker and is also involved in RC and scale modeling.