The 33rd Congress of the International Scientiﬁc and Technical Organisation for Soaring Flight – OSTIV - will be held at the site of the 34rd FAI World Gliding Championships in the Open-, 18m-and 15m Class, Benalla, Australia from 8-13 January, 2017. The Congress addresses all scientiﬁc and technical aspects of soaring ﬂight including motorgliding, hang-gliding, paragliding, ultralight sailplanes and aeromodelling.

Presentations will be organised in sessions covering the fields of meteorology, sailplane design and technology, and training and safety. Possible contributors to the Congress should consult http://ostiv.org/congress/xxxiii-congress-2017.html before sending an abstract of their intended presentation. The Congress will also feature internationally recognized, invited experts who will present their latest knowledge during joint open sessions.

Benalla in Victoria has a full-sized airfield within walking distance from a large town. The OSTIV Congress will be held in the Benalla Performing Arts Centre which is very close to the airfield. Congress participants will have easy access to the World Contest.

There are three separate panels within the umbrella of OSTIV:
1) the Meteorological Panel (MP);
2) the Sailplane Development Panel (SDP); and
3) the Training and Safety Panel (TSP)

Currently SAC is involved in the TSP, with Ian Oldaker as our representative. At present, we are not involved in the other two panels. “The TSP collects and discusses safety records from member countries, compares training methods and successes, and develops strategies for mitigating risks through safety and training initiatives.”

You can read more information about the history, goals, and accomplishments of the TSP here. 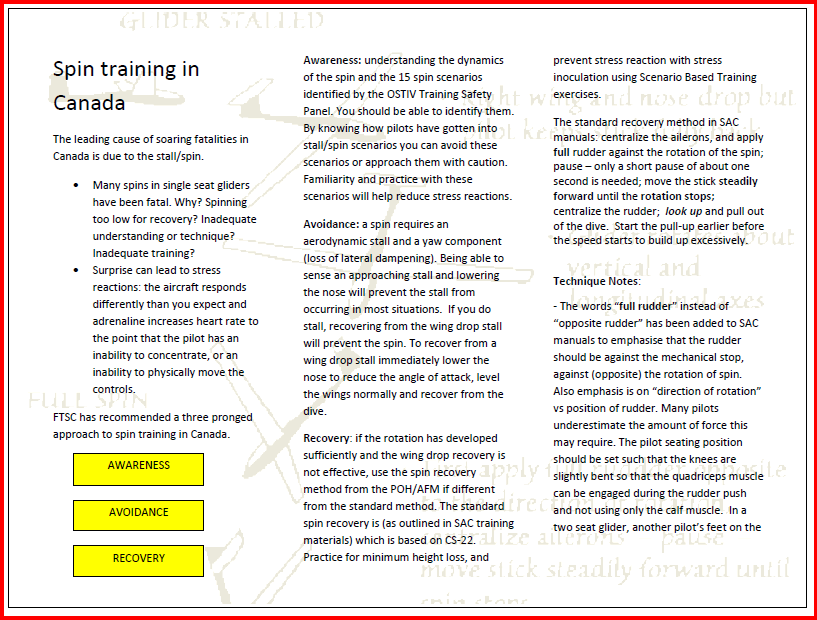 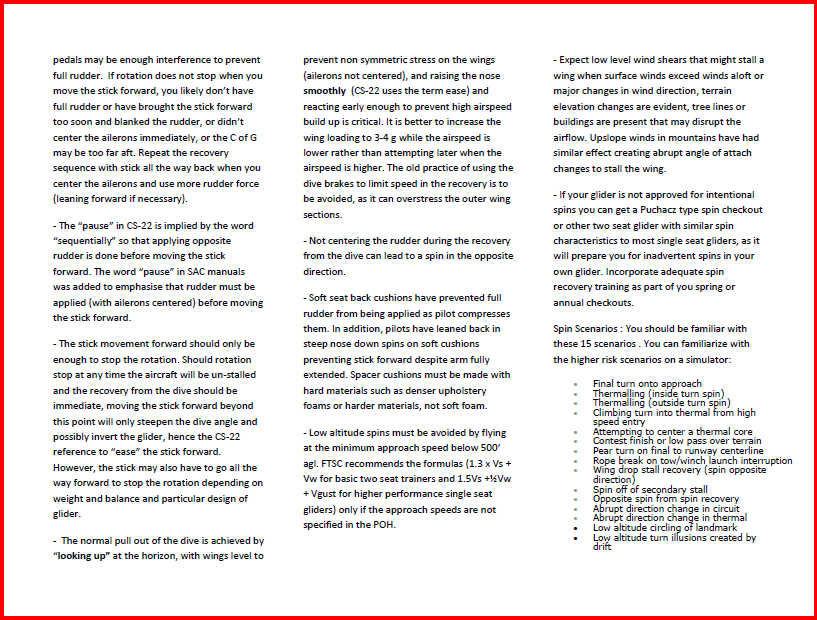 Two videos, using IGC files of a collision and a near-collision, showing what the cockpit indications would have been had FLARM been fitted. The ground truth tracks are on a screen behind the FLARM displays. Imagine you are in one of the aircraft, look at the indications of where the other aircraft is, and see how close the indications are.

A mandatory scheduled firmware update is soon the be made available to all FLARM devices. The new firmware will have version 6.00.The update is required for all Classic FLARM devices, all 3rd party FLARM devices (as manufactured by e.g. Ediatec, Flytec/Bräuniger, LX, Garrecht/AirAvionics and OzFlarm), and all PowerFLARM devices.

The update will be released for free by end of February 2015 on this website. The update includes safety features that will increase the effectiveness and robustness of collision warnings and simultaneously decrease nuisance warnings. The update also includes new features to warn about temporary danger areas (sky diver drop zones, RC flyer zones, etc.). The system for obstacle databases has also been redesigned to be able to handle additional obstacle areas. All old obstacle database files will need to be either deleted or replaced. New obstacle databases, as well as extension licenses, can be purchased on shop.flarm.com.

This scheduled update has been announced with the last major firmware update in 2011, and has been part of the FLARM safety concept since FLARM was invented in 2004.

If a FLARM device is not updated, the device will no longer be operational and stop to work as of April 1, 2015. Every FLARM device must always be updated to the latest firmware version at least once per calendar year, as part of the aircraft maintenance program. Failure to do so may render the device inoperable.

More information will be available on the FLARM website at the beginning of February.

Soaring Cafe had a link to a podcast about FLARM that I found very interesting. The link is http://omegataupodcast.net/2014/03/143- ... ith-flarm/ and runs a little over an hour. It describes the development of FLARM, and the development of PowerFLARM. It is worth listening to if you are curious about anti-collision warning. Since the podcast is intended for people who don't know FLARM, it starts with the basics and builds from there. Recommended.

For see and be seen, this will help. A strip of LEDs is on the vertical stabilizer - in this case, a Silent Electro. They can be set either continuous, or to activate on FLARM alert. I've tried uploading a short iphone video in .mov and .mp4 format, but apparently that's not allowed; here is a youtube link: http://youtu.be/LDQnBjUTefY. If I were buying a new glider, I'd seriously consider getting this built in. I understand Schleicher offers this as an option.

Hello. I am working on the annual safety report for the SAC AGM in Calgary. I request that club boards ask their safety designates to forward their annual incident/accident reports to allow me to do this. A format is available in the Document Vault under 'Safety and Training'. I would like to publicly thank the following clubs, who have already submitted their reports (in the order received):