The Canadian Junior National Soaring Team is the team chosen to represent Canada at the Junior World Gliding Championships, held biennially. This team of elite young pilots are some of the best young glider pilots in Canada.

The individuals shown below have represented Canada in the last three Junior World Gliding Championships.

Emmanuel made his first glider flight in 2001 when he was 10. He is an active member of the Montreal Soaring Council where he first soloed at the age of 14. At 16, he earned his glider license and started flying cross-country. He has been posting his flights on the global Online Contest (OLC) since then. He has flown two Canadian Nationals (2011 & 2012) as well as other local contests. Emmanuel holds a Silver Badge and has completed his 300km flight to complete his Gold Badge. In August 2013, at 22 years old he competed at the 8th Junior World Gliding Championship which were held in Leszno, Poland. He was the third junior pilot to represent Canada in the Junior World Gliding Championships.

Click here to read Emmanuel's blog from the 2013 JWGC. 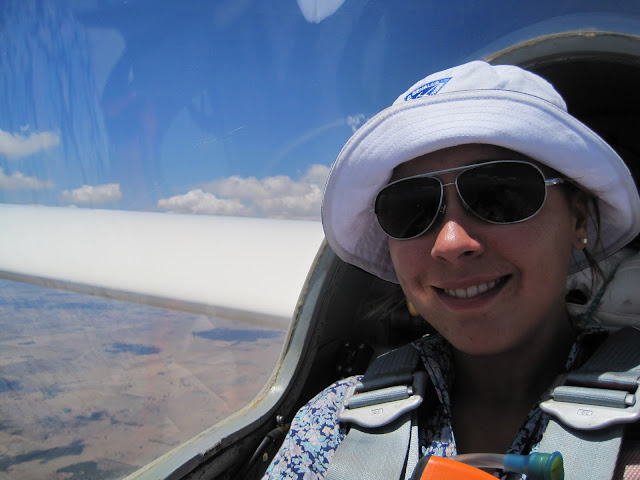 In 2000 Selena joined the Canadian Air Cadets and in 2005 she completed the glider course.  Selena then joined the Edmonton Soaring club in 2007.  In 2008, she became an instructor with the Air Cadet program and attended the 'SOSA Junior Camp'.  In the winter of 2009/2010 Selena traveled to Australia and flew in the 2009 Joey Glide coaching class.  In summer 2010 Selena flew her first Canadian Nationals.  In 2010/2011 Selena again traveled to Australia to fly in Joey Glide and the Australian Club Class Nationals. Selena was the second pilot to represent Canada at a JWGC.

Click here to read Selena's blog from the 2011 JWGC.

Chris was born into a gliding family; his mom, dad and grandfather are all glider pilots.  He soloed on his 14th birthday at the SOSA Gliding Club in 1998.  At the age of 15, he completed his FAI Silver Badge.  In 2006 Chris flew in his first Canadian Nationals along with teammate Jay.  In 2007 Chris flew his distance diamond, 500kms, out of Rockton.  In 2009, Chris participated in the 6th Junior World Gliding Championships in Räyskälä, Finland and became the first Canadian to fly in a Junior Worlds.

Click here to read Chris' blog from the 2009 JWGC.